He famously said that if he could convince those in his psychiatric hospitals that their sins were forgiven, 75% of them could walk out the next day.

One of my biggest enemies has to be a sin consciousness. Sometimes I feel I have a magnet in my head, attracting all the things I’ve ever done wrong, even those ‘perceived’ wrongs, to my thinking. Then I start to ruminate.

The condemning ‘I should have…’ ‘if only…’ type of thoughts often dominates thinking. Do you ruminate on mistakes and regrets and allow them to steal your present moments?

Sometimes this can come through the voice of others. Do you have people in your life who tell you what needs to change in order to be healed? Are they continually screening you? This is the same thing.

Even if you’re not aware, on some level, a sin consciousness can sometimes ‘live’ in your unconscious. Your body remembers what the mind cannot.

Too many of us are going around feeling guilty about the past or listening to others screening us as to why we’re not healed. The Bible says this is an ‘evil conscience’. (Heb 10:22) .

WHY DO WE HAVE SIN CONSCIOUSNESS?

A sin consciousness causes us to have low self esteem, depression, eating disorders, insomnia, OCD and may even cause us to self harm. Often we don’t even recognise that guilt is the root.

It doesn’t just cause us to feel bad emotionally, it impacts on our physical health as well. Everything we think translates into our bodies contributing to the onset of sickness.

“Guilt is the thief of life” Anthony Hopkins 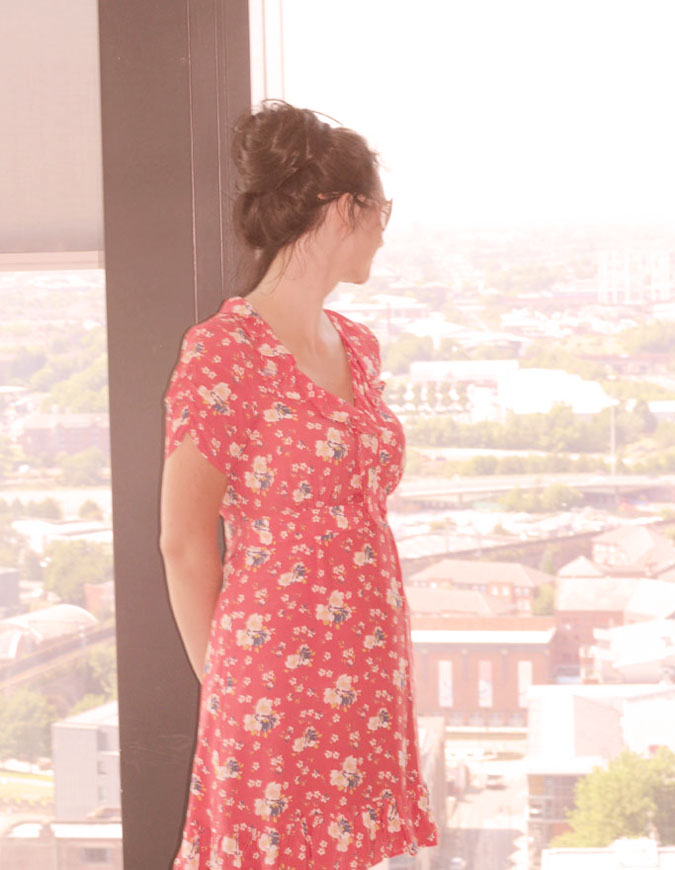 WHO GETS SIN CONSCIOUSNESS?

My understanding is that there is a particular type of person who is more likely to suffer from guilt or sin consciousness.

Are you worried about how people perceive you? This is a form of people-pleasing which predisposes you to the feeling of guilt every time you mess up.

Are you a perfectionist? Then your internal moral code may be irrationally high, causing you to feel guilt when you don’t reach your own standards. Are you self critical?…. You’re susceptible to those guilty feelings as well.

THE ANTIDOTE TO A SIN CONSCIOUSNESS

Understanding the forgiveness of Christ, is a great place to start. The Bible tells us we are cleansed forever. (and not until our next sin which is what I used to think.)

“For I will forgive their wickedness and will remember their sins no more.” Heb 8:12

I love the Message translation: “the slate of our sins is forever wiped clean”

Another one of my favourite verses is from Ps 103:12 “As far as the east is from the west, so far has he removed our transgressions from us.” often say this when I’m thanking God for my forgiveness.

There can be times though, when  we analyse our wrong-doings more than our forgiveness.  God wants us to be Christ conscious, not sin-conscious.

There’s no need to beat yourself up or feel bad about those things you’ve gotten wrong either today or in the past. Phew. Praise God for Jesus.

“if our hearts do not condemn us, we have confidence before God” 1 John 3:21

Feeling guilty stops us drawing close to God, it stops us having confidence in his healing power.

Our guilty conscience hinders us from receiving our healing from God which results in our faith being “shipwrecked”.

“Holding faith, and a good conscience; which some having put away concerning faith have made shipwreck” 1 Tim. 1:19.

Ever since the cross, God has not been judging us for our sins. He isn’t punishing us, nor is he angry. In fact he doesn’t even remember the sins we’re busy obsessing over!

“…that God was reconciling the world to himself in Christ, not counting people’s sins against them. And he has committed to us the message of reconciliation.” 2 Cor 5:19

ONCE AND FOR ALL

You don’t make atonement for your sins, neither do you need to keep on confessing them.

Your sins were dealt with once and for all. It’s so important you and I get this right if we’re to live in the freedom Jesus died to give us and have the confidence we need to believe him for healing.

Remember, it’s never about what you deserve, it’s always about what Jesus deserves. Walking around with an evil conscience devalues the sacrifice of Jesus.

We are NOT being holy by clinging onto our guilt because feeling bad about ourselves when we mess up is not the work of the Holy Spirit.

We need to have a greater revelation of the depth of God’s heart torwards us and learn to accept His mercy.

Paul had a massive revelation of the forgiveness of God in his life. He’d been responsible for the murder of 100’s of Christians yet never allowed his past to ruin his future.

He knew the power of redemption; Jesus had taken all his sins and guilt on the cross of Calvary. He understood how to accept God’s gift of no condemnation.

He chose to ‘let go of what was behind…’ and moved forward into his destiny. Wow. God is asking you and I to do the same.

OUR HEARTS CONDEMN US

The more we focus on our past mistakes, the bigger they appear to us.

In a way, we keep their memory alive. Keeping a record of our mistakes is like carrying around a rucksack with rocks in it; it weighs us down, hinders us from moving forward, is bad for our health and stops us living a life of liberty.

The thing is, it’s our choice to carry the heavy load around. You see it’s our hearts that condemn us. (1 John 3:21).

Most people think they have to get rid of all their sin in order for God to heal but this simply isn’t true, you do though, have to know how FORGIVEN you are!

How tragic that there are people who actually take their guilt to their own deathbeds, not realising that Jesus took this burden from us. He took our sins and our guilt to his deathbed!

THAT’S HOW COMPLETELY BEAUTIFUL HE IS!

In childhood, whenever we did something ‘wrong’, we were ‘punished’ like with ‘the naughty step’, ‘time out’ or toy confiscation.

As a result, the external punishment system becomes internalised subconsciously so whenever we mess up, we punish ourselves as though we’ve got some kind of internal police officer judging us.

On some level we think we deserve punishment. If we don’t think this consciously, on some level the belief is there. God’s forgiveness towards us is CRAZY! That’s why we make it so complicated.

So how do we just let it go and let God?

Imagine how incredible it would be if we were able to do this every time guilt and shame come knocking on our door?

If we actually believed the truth that we are completely forgiven, that God isn’t angry at us and nor does he want us punished. There is nothing the enemy wants more than for the whole world to deny God’s forgiveness.

The next time he does so, make sure you remind him of the most famous verse on guilt:

“Therefore, there is now no condemnation for those who are in Christ Jesus” Romans 8:1

Have a great day.

If this has helped you, you will also like:

IS IT ALWAYS GOD’S WILL TO HEAL?

THE SURPRISING BENEFIT OF LOSS AND GRIEF


Error: API requests are being delayed for this account. New posts will not be retrieved.