Today I wanted to share with you some teaching on the meaning of Paul’s thorn in the Flesh. The number of times I hear people assume that Paul had a sickness that God wouldn’t heal.

Today I prove, using the Bible, that this is inaccurate.

Paul’s thorn in the flesh was a person and not any kind of illness or disability.

If you think the meaning of Paul’s thorn in the flesh refers to sickness, you will always doubt God for your healing.If the Truth sets us free, then believing a lie keeps us bound.

THORN IN THE FLESH: BIBLICAL MEANING

The apostle Paul had a ‘thorn in the flesh’ that He asked God to remove 3 times.

The God who is Jehovah Rapha, who healed the multitudes, opened the eyes of the blind and raised the dead, yet in this case he refuses to heal his son Paul?

This doesn’t fit in with the rest of Scripture.

It does not glorify God for us to be sick. 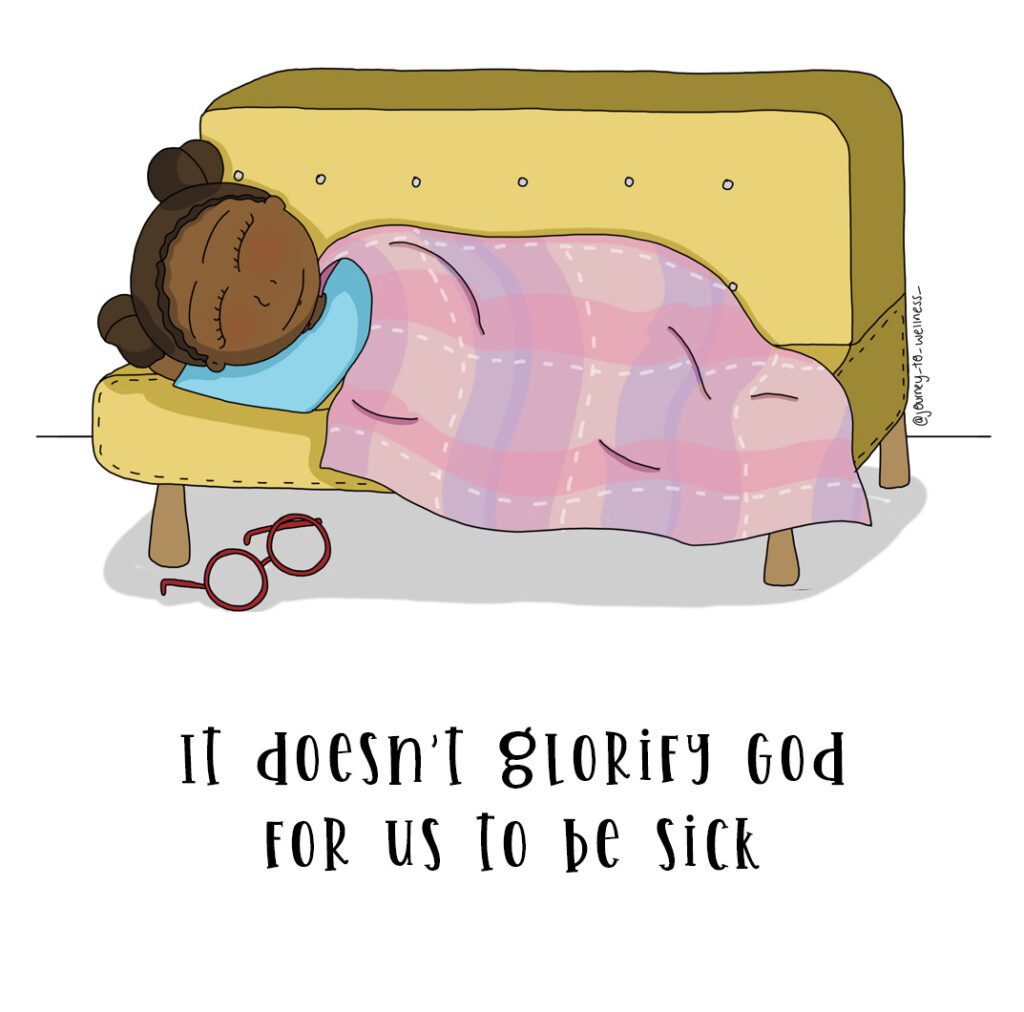 How can we believe that Jesus died for our healing yet believe that God chose to not deliver Paul from a physical affliction?

This mindset makes no sense.

It’s like saying “Jesus died for some people to be healed….. just not Paul.” That doesn’t make sense does it?

See IS IT ALWAYS GOD’S WILL TO HEAL?

Are you starting to see how there is no way that the thorn in the flesh refers to sickness?

PAUL’S THORN IN THE FLESH: DEFINITION

I think the problem lies with the modern day meaning of a thorn in the flesh.

These days, we often use the phrase ‘a thorn in the flesh’ or perhaps ‘a thorn in my side’ meaning something that is unpleasant, an irritant or annoying. Which could actually be anything.

But if you do not drive out the inhabitants (people) of the land, those you allow to remain will become ….. thorns in your sides.

These passages clearly show that the Biblical meaning of a thorn in the flesh/side/eyes…, is referring to PEOPLE

It’s important for us to use the Bible to translate the Bible and not our modern day interpretations. So when Paul asked God to remove His thorn 3 times, He was asking God to remove either a person or persons from his life.

Paul’s thorn was a person.

I remember having an issue with a neighbour and the noise he was making. I prayed and prayed that God would remove him from the street. God didn’t remove him.

Instead, he used him to change me. I became more tolerant, patient and gracious towards this man and his situation.

Likewise, I had a woman in my life who I wished would disappear; she was always criticising, judging and passing comments.

I’m sure I asked God several times for God to plant her somewhere else. God gave me the grace I needed.

I can also get upset, as I’ve shared before, when people have no empathy. Those who devalue my experience somehow, or they compare me to someone else.

I can’t change these people, I can just learn how to change myself, be more resilient, or put in boundaries in order to manage them.

God gives me the grace, but he doesn’t take these people away.

My suggestions for how to deal with a thorn in the flesh, see JOB’S THREE FRIENDS. 5 WAYS TO DEAL WITH THEM

There are some examples of thorns in the flesh from my world. I wonder if you’ve had similar experiences?

Do you have Job’s friends in your life? Maybe it’s your mother-in-law? A neighbour or someone in church?

These are the people who God uses as sandpaper. They are irritants, but God refines you because of them.

In other parts of the world, our brothers and sisters in Christ are enduring massive persecution. I completely recognise that the most persecution I’m ever likely to endure is some kind of ridicule.

Here’s the thing, we’re not redeemed from persecution.

Paul wanted God to remove his persecutor, the thorn in his side, to which God told him ‘His grace is sufficient’.

Jesus did not die for you or I to be set free from persecution.

It is so imperative you understand that the apostle Paul did not have a physical illness because if we really believe that God refuses to heal Paul, then it sheds a whole lot of doubt on our healing.

We want to eliminate this doubt as much as possible.

If something goes wrong here in the natural, let’s not interpret this as proof of God’s will but rather proof that His will doesn’t automatically land in a person’s lap.

We are not living in heaven and using Paul’s thorn in the flesh as evidence that God doesn’t want people healed devalues Jesus’ suffering.

As I’m sure you’re aware, God replied to Paul that ‘His grace is sufficient’.

Christians have wrongly taken this to mean that whatever we go through, the grace of God is a greater gift than the healing.

That we are meant to endure the suffering, and receive empowerment to rise above the circumstance.

But when it comes to healing; it glorifies God far more to receive a miracle healing. Why? Because Jesus died for us to receive that healing.

Please don’t misunderstand me, I know God uses people with disabilities massively to further His kingdom. But that doesn’t mean that it’s His will for them to be ill.

We’re told in 2 Corinthians 12 that the purpose of this thorn, was to keep Paul humble. I wonder if this is because without such people in our lives, we rely on ourselves instead of God’s grace.

If God got rid of them, we’d never grow.

What would your world look like if you eliminated the doubt that Paul’s Thorn was a sickness? Let me know in the comments below.

How has this post changed your thinking on the meaning of the thorn in the flesh?

Don’t just take my word for it, study the above verses yourself. Jesus death and resurrected was as much for the healing of our bodies, as salvation.

Let’s honour him by believing the Truth. Paul’s thorn in the flesh was a person.

I hope this sets someone free today.

Why not take a read of

THE HEM OF JESUS’ GARMENT; HOW WE TOUCH IT TODAY

WHAT IS THE SIGNIFICANCE OF A SABBATH HEALING?